Microgaming Poker Network (MPN) confirmed a new edition of the Universal Championship of Online Poker (UCOP). This great series will bring 94 events. It will take place from 15th September until 29th September. Find all the details in the text below.

A few weeks ago, Alex Scott, Managing Director of the MPN poker division announced that we will have another UCOP this year. To remind you, the network has already hosted a UCOP series this year in April. Alex also said that we’ll have the chance to compare both festivals, although it’s still unclear whether this edition will feature the traditional leaderboard.

Let’s make a comparison of these two UCOP Series:

The only thing that will remain the same is the range of buy-ins. Like the last time, they will start from €3,3  and go all the way up to €320.

Distribution of Universal Championship of Online Poker tournaments by buy-ins:

As you can see, the majority of the UCOP tournaments will have the buy-ins between €11 and €110.

Of course, there will be various tournament formats. Check out the Distribution of UCOP tournaments by type: 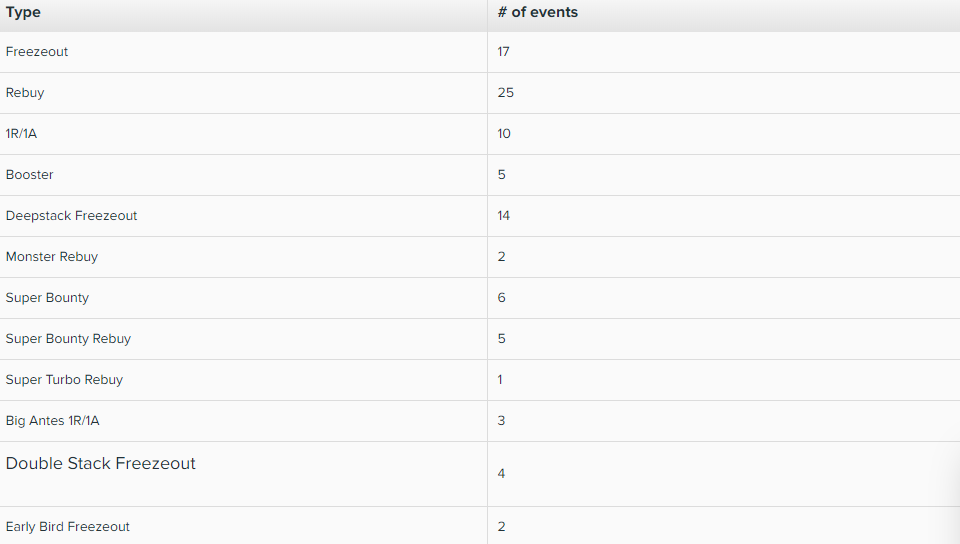 If you like the UCOP series and you still don’t have the account at MPN, we bring you our best choices: Betsson poker, Betsafe poker, and Nordicbet. Check which benefits you get if you signup with us at our Poker Deals page.