Earn even more now with Betsson football predictor poker promotion! This is a unique way to combine the thrill of poker and sports betting along with football passion! If this sounds interesting to you, read the article below for more details and head to the tables!

Take advantage of the Betsson football predictor poker promotion and earn some great rewards every week.  The promotional period runs until 8th December 2021. Here is how it works:

If you like this promotion and you would like to take part, but you still don’t have an account at Betsson Poker, register with us and we will bring you even more great promotions like this one! Also, you can check HERE for what else we have prepared for you!

Make this summer even more exciting with the Summer Cash Splash promotion by Betsson Poker! This offer brings you a chance to win some great prizes every day. Check out what is it about and head to the tables to join the hottest action!

Opt-In every day to the Summer Cash Splash Promotion and win a share of €100,000 with Betsson! All you have to do is to play as many hands as you can! The more you play, the more is waiting for you! The top daily prize is an amazing €5,000 of cash! Check out how it works:

If you still don’t have an account at Betsson Poker, register with us and we will bring you even more great promotions!

Make European Football Championship even more interesting with Betsson‘s Poker Goals Promotion! Check out what is it about and jump straight into this hot action where you will have a chance to win some great prizes every day. To find more details, read the text below.

Do not miss an opportunity to fight for €10,000 in Betsson Poker Goals Promotion! It is very simple! All you have to do is to opt-in through the poker client and to complete the missions you get daily. As you are completing the missions, you are passing the ball through the field. Pass the ball enough times, and you will have a chance to shoot for a goal! Betsson will give you an instant reward every time you pass the ball and a chance to win €10,000 every time you take a shot at a goal!

If you still don’t have an account at Betsson Poker, it is about time to open it and join this football madness!

Are you a football fan? If you are, Poker Predictor promotion by Betsson Poker gives you an opportunity to enjoy both football and poker. Check it out what is this all about and if you like it jump straight into the action! More details you can find in the text below.

Take part in Poker Predictor promotion win great prizes at Betsson Poker! Opt-in each week to predict football match results and complete the weekly low or high mission to log your predictions. You can win tickets, free bets, and cash rewards. The promotional period runs until May 7th, 2021.

The option to predict the matches will be automatically available in the software each Monday during the Promotion Period. Please, think twice before placing predictions, because you cannot change them later. You can make up to 10 predictions per week. For each match, you can select one of the following options: Home team wins; Draw; Guest team wins.

Qualify between Monday – Sunday for the low or high mission to log your match predictions.

If you still don’t have an account at Betsson Poker, register with us and we will prepare some exclusive promotions for you!

Flop Fiesta Promotion by Betsson Poker is their latest feature. This one gives you a chance to win some great prizes every day. Check out what is it about and if you like it, jump straight into the action! You can find all the necessary details in the text below.

Flop Fiesta brings you a great opportunity to win some great prizes every day during the promotional period!  And that means a lot because it lasts until March 28th!

-Opt-in through the poker client.
-Win instant rewards every day when you see 30 flops on cash game or twister tables.
-Depending on the stake they play, players get either a silver or gold random reward prize wheel spin.

NOTE: The prize wheel with prizes expire 7 days after issue, so try to spin it as soon as you can!

If you like this promotion, and you still don’t have an account at Betsson Poker, register with us and you will enjoy more benefits like this one!

Betsson Poker wants to celebrate the upcoming holidays! That is why they are bringing Advent Challenge promotion for poker players. Try out your luck, you have a chance to win some great prizes every day during the promotional period. Check out how it works and jump into the action. You can find all the necessary information in the text below.

Christmas spirit is all around at Betsson. Their latest promotion, Advent Challenge, brings you a chance to make these days even more interesting. You will have a chance to win every day some great prizes. The promotional period runs until December 24th, so hurry up!

How to take part:

-Find this promotion under Missions Tab and Opt-in
-Every day check your daily advent challenge mission. It could be for Twister, Cash games, or tournaments
-When you complete the mission, you will win a Prize Wheel.
-Spin the Prize Wheel and you can win up to €5,000 cash and other prizes.

If you still don’t have an account at Betsson Poker, register with us and grab the Welcome Bonus up to €2,000!

Another Card Collector is here at Betsson Group! That means only one: You can now win up to €10.000 every day during the promotional period. Join the action, play your favorite games, and win some extra money! Check out for more details in the text below.

After the Summer Challenge, another Cardo Collector is here at Betsson Group. The promotional period runs until Septemeber 27th.

For those who don’t know, Betsson Group has 3 great skins that operate at iPoker Network. Those are: Betsson, Betsafe, and Nordicbet.

Collect cards at the tables and complete your puzzles to win instant rewards! When you win a hand with hole cards that match a card in your puzzle, you’ll collect that puzzle piece.

Do not forget to opt-in via the poker software each day. Also, the qualifying games are Twister tournaments with a minimum buy-in of €5 and No-Limit Texas Hold’em cash tables: €0.05/0.10 min blinds. Heads up tables excluded.

Wait no more and join this great promotion!

Betsson Card Collector is one of the 1st promotions at Betsson Poker since it migrated to iPoker. For those, who don’t know, in May 2020, the whole Betsson Group moved from MPN to iPoker Network.

Now you have a chance to win some great prizes every day! Collect cards at the tables and complete your puzzles to win instant rewards. When you win a hand with hole cards that match a card in your puzzle, you’ll collect that puzzle piece. When you complete your puzzle, you will receive a scratch card and another puzzle. Unlock up to a maximum of 4 puzzles per day. The promotional period runs from 19.05.2020 – 26.07.2020. 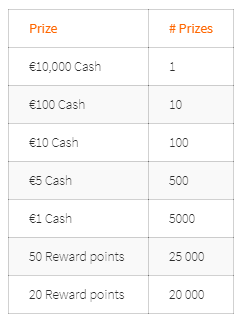 Please note, that this promotion is also valid at other skins of Betsson Group – Nordicbet and Betsafe.

If you don’t have the account at Betsson Poker, register with us and enjoy even more benefits we prepared for you. There is the 1st Deposit bonus 100% up to €2,000 and the VIP System boost to the maximum 30% of cashback. All you have to do is to Email us with your account details and the subject: Betsson VIP BOOST. For more promotions and details, visit our Betsson offer review.

In today’s article YPC presents you one of the best choices for playing at Microgaming Poker Network (MPN). Read the text below and decide which one is your favorite bonus from Betsson Welcome offer. 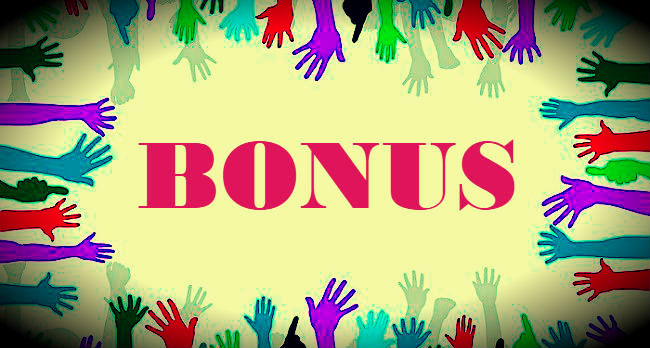 As a new Poker player, you can take part in Betsson’s New Player Tournaments and get a feel of how to gain your edge against the other players. In fact, you can play in these over a 4 week period!  Register a Poker  Alias today and you will instantly be awarded 28 tickets to enter Level 1 Tournaments.
Once you play at least 10 hands of Texas Hold ‘Em (not including free play), you will be awarded 8 tickets to enter the bi-weekly New Player Freeroll Level 2 tournaments over a four week period. Upon unlocking the first two levels, you will need to complete all 3 of these achievements and you will get access to the New Player Freeroll Level Up tournament:

If you like this Welcome Offer register with us to Betsson, and here you can see what else we prepared for you!

Microgaming Poker Network (MPN) confirmed a new edition of the Universal Championship of Online Poker (UCOP). This great series will bring 94 events. It will take place from 15th September until 29th September. Find all the details in the text below.

A few weeks ago, Alex Scott, Managing Director of the MPN poker division announced that we will have another UCOP this year. To remind you, the network has already hosted a UCOP series this year in April. Alex also said that we’ll have the chance to compare both festivals, although it’s still unclear whether this edition will feature the traditional leaderboard.

Let’s make a comparison of these two UCOP Series:

The only thing that will remain the same is the range of buy-ins. Like the last time, they will start from €3,3  and go all the way up to €320.

Distribution of Universal Championship of Online Poker tournaments by buy-ins:

As you can see, the majority of the UCOP tournaments will have the buy-ins between €11 and €110.

Of course, there will be various tournament formats. Check out the Distribution of UCOP tournaments by type:

If you like the UCOP series and you still don’t have the account at MPN, we bring you our best choices: Betsson poker, Betsafe poker, and Nordicbet. Check which benefits you get if you signup with us at our Poker Deals page.