You could win a million in minutes with PokerStars special edition $1 Million Spin & Go tournaments!

Spin & Go tourneys are 3-player Hyper-Turbo Sit & Go tournaments that feature just 500 starting chips. That means that action is very dynamic! At the start of each Spin & Go, watch the spinner in the center of the table to see how much cash you could win.

The majority of $1 Million Spin & Go tournaments are played as ‘winner-takes-all’, except for when your Spin & Go hits one of the three highest prize tiers. In these tournaments, the second and third-place finishers also receive a prize.

Check out the full breakdown of the prizes you can win: 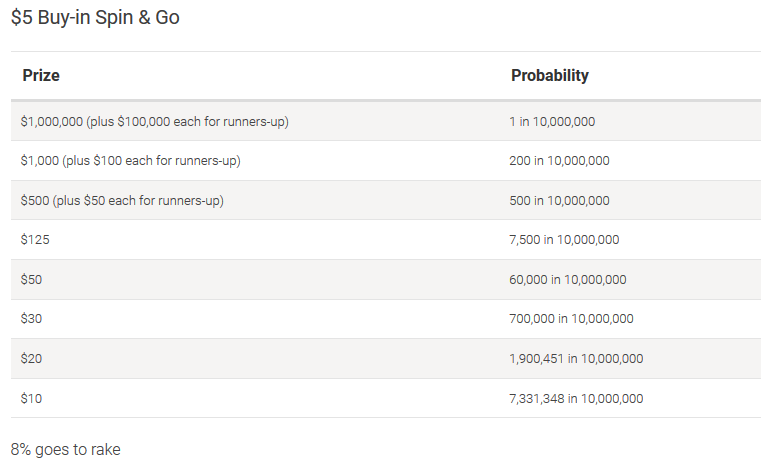 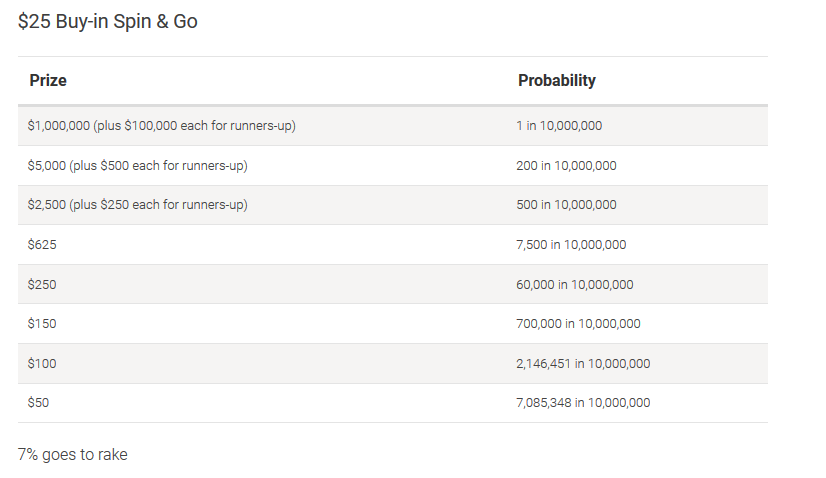 Don waste any more time, join the action on PokerStars and fight for $1M!