World Series of Poker, the organization which owns the Poker Hall of Fame, gave an official statement last week that two new members of this elite club are John Hennigan and Mori Eskandani! They are the winners in the quite tough competition.  You can check other candidates on the image below.

10 finalist for Poker Hall of Fame

John Hennigan is familiar in poker world under his nickname “Johnny World“. He is one of the top-rated high stakes cash players. He also has a great success in tournaments. This summer Hennigan won another WSOP event which is his 5th bracelet. Besides that, he managed to reach the ITM on 10 WSOP tournaments this year. Really impressive results and we can freely say that John totally deserved his entrance in Poker Hall of Fame.

Although he plays poker, Mori Eskandani is much more famous as a TV poker producer. He was in charge for many shows. Some of the most famous are WSOP, NBC Heads-Up Championship, Poker After Dark and High Stakes Poker series. 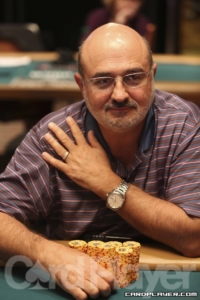 Poker Hall of Fame exists from 1979. There are 56 members. Most of them are poker players but there are also significant poker co-workers such as Mori Eskandani.