Sunday Million 13th Anniversary is coming soon! Get ready and win your seat through satellites on PokerStars!

The Sunday Million turns 13 years old in April. Celebrate another milestone in the history of online poker’s most iconic weekly tournament. The gtd prize pool for this event will be $10M!

Find Sunday Million 13th Anniversary Edition satellites running now from $0.90. Play your way to the main event and turn cents into over a million dollars! From March 25, there are daily $15 satellites with 100 seats GTD!

Until April 14 you can turn $5 into $1,000,000 in minutes with limited edition Spin & Go tournaments! They’re available in the Spin & Go tab right now, and in addition to big money prizes, you can win entries and satellite tickets to the Sunday Million 13th Anniversary Edition. Here are the details: 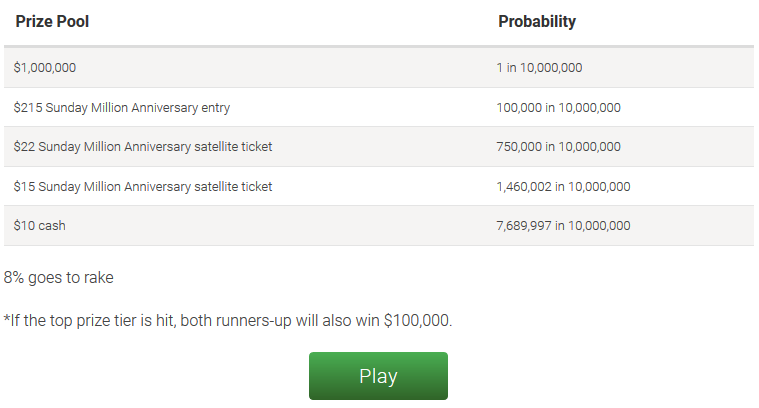 If you still don’t have an account at PokerStars, register with us and grab 100% up to $600 Welcome Bonus!

SPINSTORM by partypoker: Opt-in and WIN
Scroll to top