Do you like your poker fast? Do you love action but dislike waiting between hands? How about big rewards? GG poker brings you Rush & Cash where reward drops equivalent to 65% rakeback! 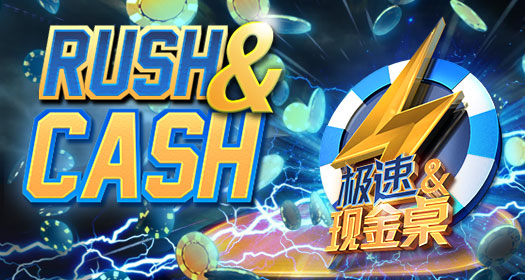 Rush&Cash is GGPoker’s unique take on fast-fold Hold’em poker. Attracting many recreational players from Asia, Rush & Cash is like our standard cash game tables, except that there’s no waiting for hands to finish after you’ve folded, and Cash Drops reward players with the equivalent of 65% flat rakeback. Instead of waiting for the hand to play out, just hit the ‘Rush‘ button. After that, you are going into another hand immediately.

At the start of randomly-selected hands, chips will rain down on to the table:

To start playing on the GG Network, register with us at Natural8 – one of their best poker skins!