YourPokerCash wishes you a Happy New Year with partypoker’s Christmas ADVENTure promotion! Take advantage of this great promotion, which lasts until 6th January. If this sounds interesting to you and you are ready to join the action, find all the details in the text below.

Get into the Christmas spirit with big cash prizes and a VIP trip to Hawaii that would put a smile on The Grinch’s face!

The last tournament of the Christmas ADVENture is Christmas Crackered, where you’ll be in with a chance of winning prizes that will outlast the festive season!

CHRISTMAS CRACKERED rounds off this memorable seasonal period with another $/£/€100K share in prize drops.

Until Monday 6th January, opt-in on selected games with no minimal bet, and you can win a random cash prize

The prize highlighted in the table has a Double Chance option where you can double the amount of the prize! 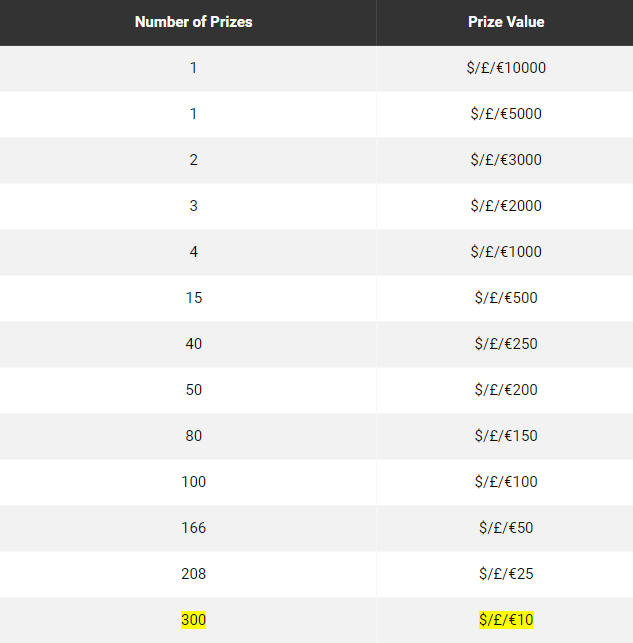 If you still don’t have the account at partypoker Casino, register with us and you can get up to 6 days of FREE tickets and cash bonuses as part of your new player bonus totaling $30!