Winning this tournament,  Brett Murray made his best result of career. 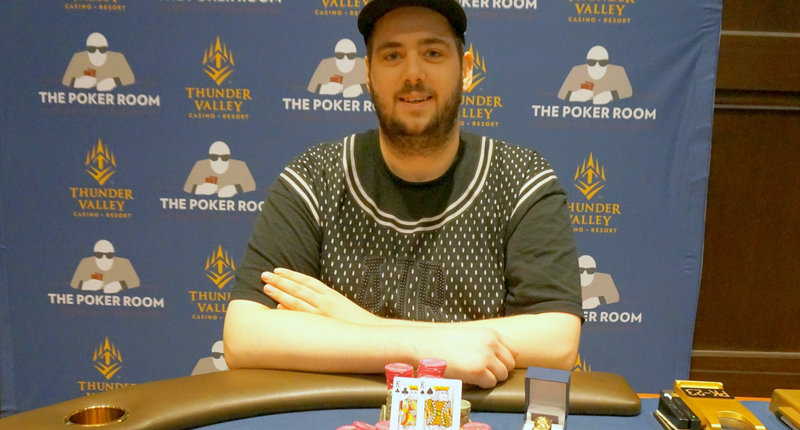 Before this title, his biggest win was $135.980 which he took when he finished as 2nd in California State Poker Championship. Overall, he earned $1.032.864 in tournaments winnings so far.

on the flop J

and the river brought Q

Here you can see the first 9 places and prizes of the tournament: 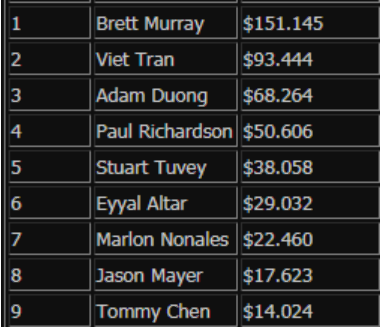